MJ here with one of NY’s top entrepreneurs making some heavy hitting power moves across the globe! I have the pleasure to chop it up with Jes Blaze, who is Hip Hop devotee, radio owner & host, event planner & host, and manager! First and foremost, thank you for taking time away from your upcoming showcases for this interview. For those that might not be familiar, tell everyone who Jes Blaze is…

JB: Jes Blaze is just a simple around the way girl that’s just been molded differently due to early life experiences. I’m a Biker (been riding for 10yrs), Mother and Wife. I’m extremely outspoken and a multi tasker. I always aim to help others, sometimes more than myself. I’m compassionate but don’t f*** with me or f*** me over!

MJ: I want to take it back and give the fans a little history. Tell us a little bit about your upbringing. I know that you are very family orientated, as well as a true New Yorker! I bet you get that a lot. What comes to mind when people tell you that? How do you define a true New Yorker?

JB: I’m the youngest of 5; 3 sisters and 1 brother. My brother tried his hardest to make me a boy. He wanted a little brother, got me and said I’m still going to treat you like a boy, hence my mental way of thinking. I have the mentality of a Man, yet always a lady. I was and still am spoiled being the youngest I always get my way. Family is everything to me! Whenever I leave New York to another state my New York accent, as they say gives it away. I’m Street Smart NY, survival of the fittest! New York is a grind state and everyone is always on the go so you have to keep up. They say if you can survive living in New York you can survive anywhere, and I survived leaving home at 15 when I thought I was grown. I was working by 15, and had a car and a crib at 16. It wasn’t easy but it built me Ford tough!

MJ: When would you say music became a key element in your life? Is there someone you credit that to? What point did you declare to pursue the music industry as a career?

JB: My brother, I have 3 sisters but was always with my brother. He would always play rap from the legends and make me recite the lyrics! From Slick Rick’s ” Children’s Story”, to Rob Base’s ” Joy and Pain” I loved it! I loved the energy, the beats, and the lyrics, I was amazed at how creative someone can be by telling a story. About 2 years ago I was asked to be a host for an online radio show. I did it for a few months and things went south. I decided it was best that I part ways but then I thought to myself “what now”? “Do I just stop doing radio, that’s it, it’s just temporary?” My husband told me to continue perusing it that I was on a good wave and people liked me. I agreed and said I think I can do this myself. I always push myself and challenge myself to new feats. So I went ahead and did extensive research about radio and just started my show. Of course there were many bumps along the road but I saw it as a test of my strength of whether I can do this or not!!

MJ: Let’s talk about the very first time you were live on the air. What emotions were running through you? Fast forward to the present, share the level of success No Filter Radio Show is receiving in such a short period of time throughout the U.S. and internationally!

JB: I was nervous as all hell! See I’ve always been shy, until one day I woke up and said “F*** what people think”! (Snapple fact) I kept thinking, “I’m going to run out of things to say”, or “I’m going to stutter”. But as time passed I started to become one with the mic! it’s sort of became second nature to me and I felt so comfortable and somewhat powerful that I have a platform and people are listening to me. I look forward to every Sunday to jump on the mic and share my thoughts with others. I’m beyond humbled at the success I have received.

MJ: I admire you, praise you, support you, and have the upmost respect for you. Not only have you taken the airwaves by storm by providing a platform for up and coming Indie Artists to be recognized, but you continue to discuss controversial topics and news the world would rather sweep under the rug and close eyes and ears to. That takes courage, confidence, and stamina! Why has it become a mission of yours to bring such topics to light? Have you experienced negative reactions because of that?

JB: Thank you so much for that! I appreciate you! Society keeps living with this blanket over their faces and unfortunately over their kids as well. I feel like so many things need to be addressed rather than forgotten about. that’s what “awareness” is about. So I figured with my show I’d take full advantage. Also I speak about things people only think about because they’re afraid to speak on it. so you can say I’m like a breath of fresh air for them. I’ve had some negative feedback, but opinions are like a**holes, everyone’s got them so I can only respect it and keep it pushing. See people need to understand that everyone isn’t going to like what you do or say and that’s ok. you just can’t allow that to define who you are. I stand firm by everything I say. My pops always told me “If you’re 100% certain about something fight to the death when it comes to explaining but if you aren’t, shut the hell up!”

MJ: Would you consider yourself a role model to young women and to women who are pursuing a career in a male dominated industry?

JB: I’d like to think so. there’s that saying, “Someone is always watching”. I tell young girls to be confident at all times! Stand by what you believe in and don’t let anyone tell you, you can’t do it. There are some men who are intimidated by strong intelligent women, I’m not one for proving to others but in this sense you have to go a little harder because you will be tested. Don’t fold!

MJ: Take this time to let everyone know about the independent showcases and contests you put on monthly for artists. You are doing so much more than providing an opportunity for artists to be heard, you are also providing them with the knowhow and confidence to progress in the music industry. Talk about that.

JB: My monthly showcases thankfully have been successful for about a year now. Again I love helping people and given my platform I wanted to give artists an opportunity to show what they’re really about. However, they perform not only to show their skills on the mic but for chances to win either a Thisis50.com article write up, studio time, or Interview. So it pushes them to go a little harder. I tend to develop a relationship with most artists. Constructive criticism is important! I tell them if you can’t take critique from me and are trying to make it up top, they’ll eat you alive! I’m honest about their music no sugar coating. if it’s bad I’ll let you know! I’m proud to say I broke an artist, Wyen Solo, into the U.S. from the United Kingdom. I opened up many doors for her and that alone lets me know that I’m doing what I should be doing.

MJ: Can you share with fans what’s coming up in the new year that we can expect and look at for?

JB: Blaze is always on the move and always cooking up a new idea or new way to help Indie artists. In 2018 you can expect some workshop events for artists to help themselves as far as presentation, speech and overall artist development. There will be more showcases, and a special event for DJs, because people forget who the life of the party is.

MJ: I used entrepreneur to describe you because you have your name and hands dabbled everywhere from modeling, fashion, the biker life, and if I remember correctly you were interested in a cooking show as well! You are also a wife and mother. How do you find a balance? What is the secret to a healthy relationship? Some think a relationship while in the music industry is taboo.

JB: Well my husband supports me 100% and also may be managing me. He’s going to be honest at all times and I would never have to question his opinion or loyalty. It’s about communication, it’s so important! It’s the common ground! I know I’m always dealing with men and men will attempt to come on to me because it’s a predominantly male environment, but that’s where trust factors in. My Son is extremely supportive; I actually have him listen to music that is sent to me for his opinion. So in essence I involve my family in my business, and they are my biggest supporters. My will Family always come first. My husband and I ride so that is a plus! Whether I go out alone or with him he understands the passion for it. I kind of gave up a little on the modeling because every gig I was offered they wanted me to be half naked. I’m a married woman and even if I wasn’t I don’t feel I need to show my a** to make it, my mind and face do enough…. The secret is sex, communication, and trust (and yes notice I put sex first)!

MJ: Tell me, in about a year or two when I come back to interview you, what will we be catching up? What is next on the list of accomplishments for Jes Blaze?

JB: Having my own studio for my show and having other shows and hosts. I want artists to come and drop some bars and create dope music…Shade 45 has been my end goal and I’m working hard towards that…More showcases in bigger venues and other states…Expanding No Filter Radio Brand out of New York, (already in the works) and to become rich not so much famous, but rich.

MJ: Is there anything else you would like the world to know about Jes Blaze?

JB: I’m just a humble chick that tries to do good at all times. I feel if you do without expecting anything in return it will come back 10 times fold. My motto is #PayItForward. I always look to help someone else out because some people really have it bad. I’m a go getter and I’ll never allow anything or anyone to stop what I wholeheartedly have a passion for. I just hope to continue inspiring others and being a positive force in this screwed up society we live in. #EveryMoveIzCritical 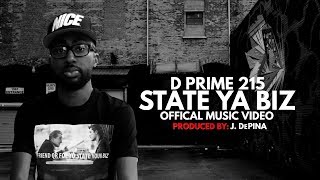 Tribeca-Grand Announces The Release of “Sport of the Gods” Album 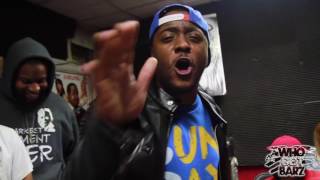 Who Got Barz - Philadelphia